Why is it important to stop the sweeps? To work for housing affordability? To increase the range support services? Here are what a few folks who are experiencing homelessness have to say. Each person’s story is different and valuable. 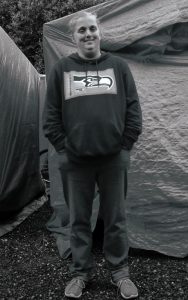 I became homeless last October after going into the hospital. It was pretty much by choice because it was for my health condition and it was a better environment. Yeah I didn’t want to, but… I stayed at some friend’s places stayed at some hotels but that time ran out of course and so I’m here. It’s a lot better place, I’ll tell you that much. I’m not suffering from the verbal abuse and the invasion of privacy. I just had enough. My adoptive mom offered to pay my rent and I just said, no, I’m done here. One thing was the landlord didn’t let me come pack my own stuff but what can I do now, I’m not gonna go legal over that one little bit. Also it turned out that I became a lot medically, emotionally, spiritually happier when my dog came into my life. She’s everything. She just turned my life from upside down to right side up. She’s a real sweet heart. 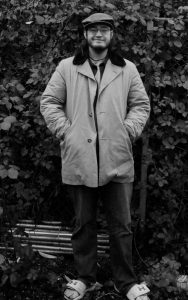 My name is Chris and I am homeless, I came to this city hoping for a better future. I found it, but I still can’t afford to live here.  I found work building decks, tearing down building, and framing houses; its part-time and sporadic, but its more than my father ever made. With no ID, finding anything better is nothing but a pipe dream. Even with all this I’m happy. I found It in, accepting less, finding a community, and working towards a future for my self. 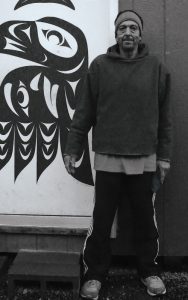 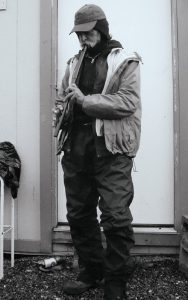 I’ve been homeless for 36 years, that’s more than half my life. After having lived outside in climates much worse than this, I’m having a new experience by having been in this tent city for two years. It’s helped me in many ways. I’ve always have good gear but now it’s better than ever, I got a new bike, a new ID, a new pack. Also, more importantly perhaps, a new world view. I have never lived in concert or together with, or in communion with two dozen other people and doing so, my worldview is enlarged. I see there’s two sides of the homeless thing. Sure, I can camp really well, I am getting old. I find the lessons I’m learning via the tent city are immesurable too. So I’m going that way, I’m going to stay with the tent city when we move in about a week.

Homelessness is not the problem. Homelessness creates needs. A large segment of the population is homeless. Homelessness is a worldwide issue. In Europe they have tent cities. They run them a little bit differently, or perhaps they run it in a more ideal way, having done it for longer than we have. So let’s let this experiment, so to speak, become actualized.

As I get older, life get’s lighter, it doesn’t get heavier. As Henry David Thoreau said, many people spend their lives getting into debt so they have enough money to pay for their funeral. He said that in his Walden Pond essays. And no, I’m not saving up for my funeral. I’m gaining experience that will perfectly help me migrate to the next world and the next life. And it’s not life after death, it’s life after life.

I was living in Illinois with my now ex husband. Towards the end of my time there many things happened that led me to where I am at now.

My husband cheated with my best friend. Then we decided to divorce. November my grandfather passed away. Then December we started the divorce. January my best friend committed suicide. Then I lost my job, house, 3 cars. I ended up coming back to Washington. When I came back I was so depressed about losing the two most important people in my life (my Grandpa and my best friend) I needed to feel better and I found it in  meth. I became a meth and cocaine addict in a very short time of coming back to WA.

I have been homeless since I got back, I’ve been clean for over a year now. I’m working now and saving money for an apartment. My experience at this homeless encampment [Ballard Nickelsville] has been good, but honestly I want my own spot. Something I can call my own. 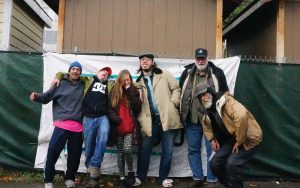